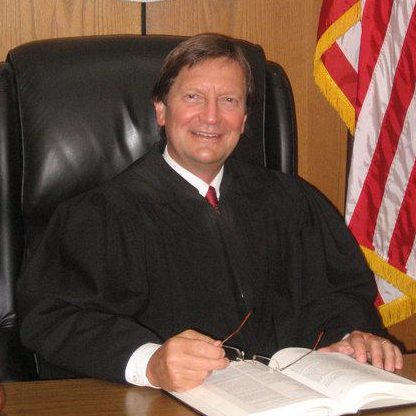 In 2018, he represented Starke County at a site visit in Santa Cruz, California, (funded by the Annie Casey Foundation), and met with Judges of the Superior Court of California who have been successfully implementing the national Juvenile Detention Alternative Initiative.

Judge Hall is on the Board of Directors of the Judicial Conference of Indiana, and is a member of the Criminal Jury Instructions Committee of the Indiana Judges Association.

Judge Hall has been an advocate for Indiana’s Court Reform, and has promoted the implementation of evidence-based practices throughout Starke County’s criminal justice system.  In 2017, Starke County began serving as a Pilot Program in Indiana for Evidence-Based Decision Making and Pretrial Reform.  EBDM utilizes empirical evidence and validated data regarding specific terms of criminal sentences that result in reduced recidivism.

Pretrial Reform aims to replace financial bonds with state-of-the-art technology to monitor defendants’ movements and behavior.   In lieu of money, the Judge often orders Home Detention, with GPS monitoring, together with conditions requiring substance-abuse counseling, random drug screens, and the pursuit of employment.  Goals of this reform are to reduce jail overcrowding, costs to the taxpayers, recidivism, and to promote community safety.

In 2015, Judge Hall worked with the Governor’s Office,  the Indiana Legislature, the Indiana Department of Corrections, and the Starke County Sheriff to create the only Therapeutic Community in the state of Indiana operated by the DOC – outside of Indiana prison walls.  Judge Hall presented the proposal to the Indiana Governor’s Drug Task Force when they met at the University of Notre Dame.  The Task Force endorsed the proposal, which was subsequently accepted by the Governor, and implemented by the DOC.

Starke County hosted an Open House for the Therapeutic Community in July, 2016.

In addition to intense therapeutic counseling, individuals take classes to earn a High School Equivalency Diploma, work in the Justice Center’s Community FARM Program to grow produce for distribution to local food pantries and nursing homes, and participate in a variety of community service projects.  They have received inspirational visits from a former NFL player, high school teachers, a professional musician, a physical trainer, and several former addicts who have successfully achieved and maintained a sober lifestyle.

Participants now receive the most effective drug treatment offered by Indiana, which lasts between 8 and 12 months.  Hundreds of individuals have now graduated from the Starke County RTC, and have returned to their families, work, and communities throughout northwest Indiana.  Statistics have shown that it is less likely for these graduates to commit crimes upon their release than those released from a prison facility.

The Indiana Department of Corrections and the University of Notre Dame are presently conducting significant studies on the long-term effectiveness of the Starke County RTC on its graduates. 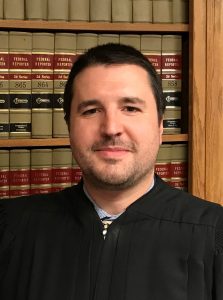 Magistrate Cox graduated from the University of Tennessee and Valparaiso University School of Law.  He and his wife, Rachel, and their son, Patrick, live in Starke County and are enjoying the country life.

You can join them by visiting this link: